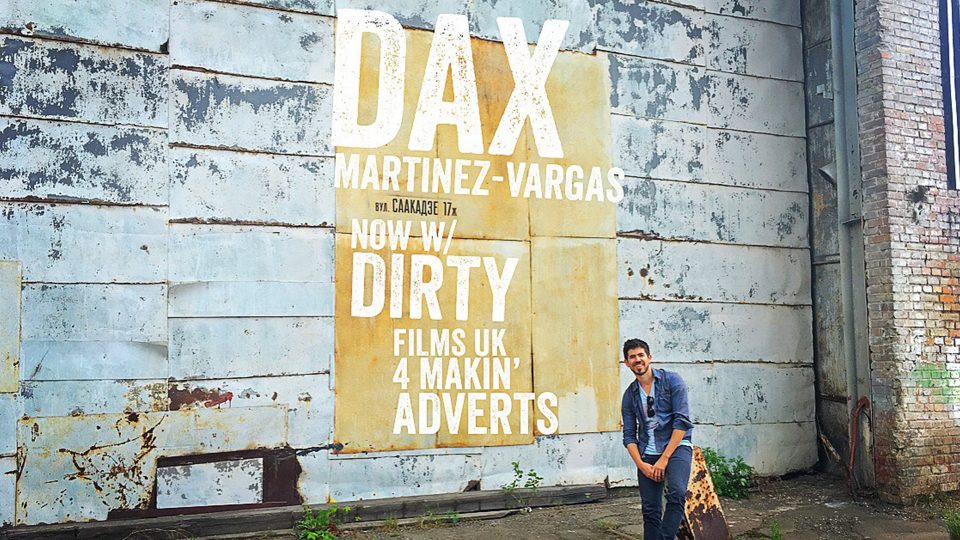 Dirty are stoked to announce the signing of Dax Martinez-Vargas to their talented collective of directors.

Dax arrives at Dirty’s new HQ with a head of magnificent hair and a reel of comedy gold – which sits somewhere between the shelves marked ‘Epic’ and ‘Comedy’ (the work, not the hair). Dax’s notable work includes extended campaigns for Carling and Sky, where his comedy performance and visual muscles are flexed for UK audiences.

Dax is a director who has mastered the aloof, offbeat, laugh out loud genre, rightly earning him the title: King of Mock Epics.

Dax developed his offbeat directing style whilst at MTV, before establishing himself on the commercial circuit as one half of The Sniper Twins – who became responsible for stand out commercials both sides of the Atlantic, as
well as producing genre-hopping music, and a web series too.

Dax isn’t afraid to get his hands Dirty on projects that tickle him, whether in TVC land, content world or in special collaborations or pair ups. We’re super excited to unleash Dax to the UK market, and we look forward to hearing the sniggers from his work that follow.