Each of the four episodes were released weekly to Look Mum No Computer’s 500k YouTube subscribers starting from Wednesday 7th September, with new episodes released every subsequent Wednesday evening, wracking up 180k+ views.

The trailer can be viewed HERE.

The “WURST KEYBOARD IN THE WORLD” Berlin episode is HERE.

Excerpts can be found HERE.

The show follows LMNC (Sam Battle) searching each city for: junk shops, recycling centres, car boot sales, scrap yards, skips, flea markets, dumpsters and whatever else can be found on the street. Various musical and YouTuber guests appear in interviews and music-making sessions in their studios, hackspaces and community organisations giving us local and educational insights into the region and helping Sam reach his lightbulb moment when thinking about what instrument to make.

With environmental responsibility and the importance of recycling being a central theme throughout, the show combines Sam’s genuine love for junk with the thrill of rescuing bygone items destined for the landfill. The results: self-playing-audience-led acoustic guitars, a synth made of actual pork sausage keyboard keys, a tap dancing clog machine and a theremin made out of an old bog.

The mixed-media show itself retains the zany, DIY and punk rock tone Sam has established for his brand, but frames it within a fun docuseries format, complete with 2D animation, plenty of pranks and mishaps and learnings from the road. For existing fans of Look Mum No Computer, we see the return of Sam’s trusty animatronic mate Kosmo, who is called upon when the going gets tough and provides comical local knowledge or some wacky inspiration.

The challenge angle to the show sees Sam building the instruments comprised of scrap from each city in 48hours, visually explained by way of fun animations that break down the construction stages of his Junk Rock TV master plan, nodding to shows of the past like Scrap Heap Challenge (with tongue in cheek humour).

See below for a few online relations and stills from the show. For more information, please contact Ben Parkin, Executive Producer and co-founder of Dirty Films: ben@dirtyfilms.uk. 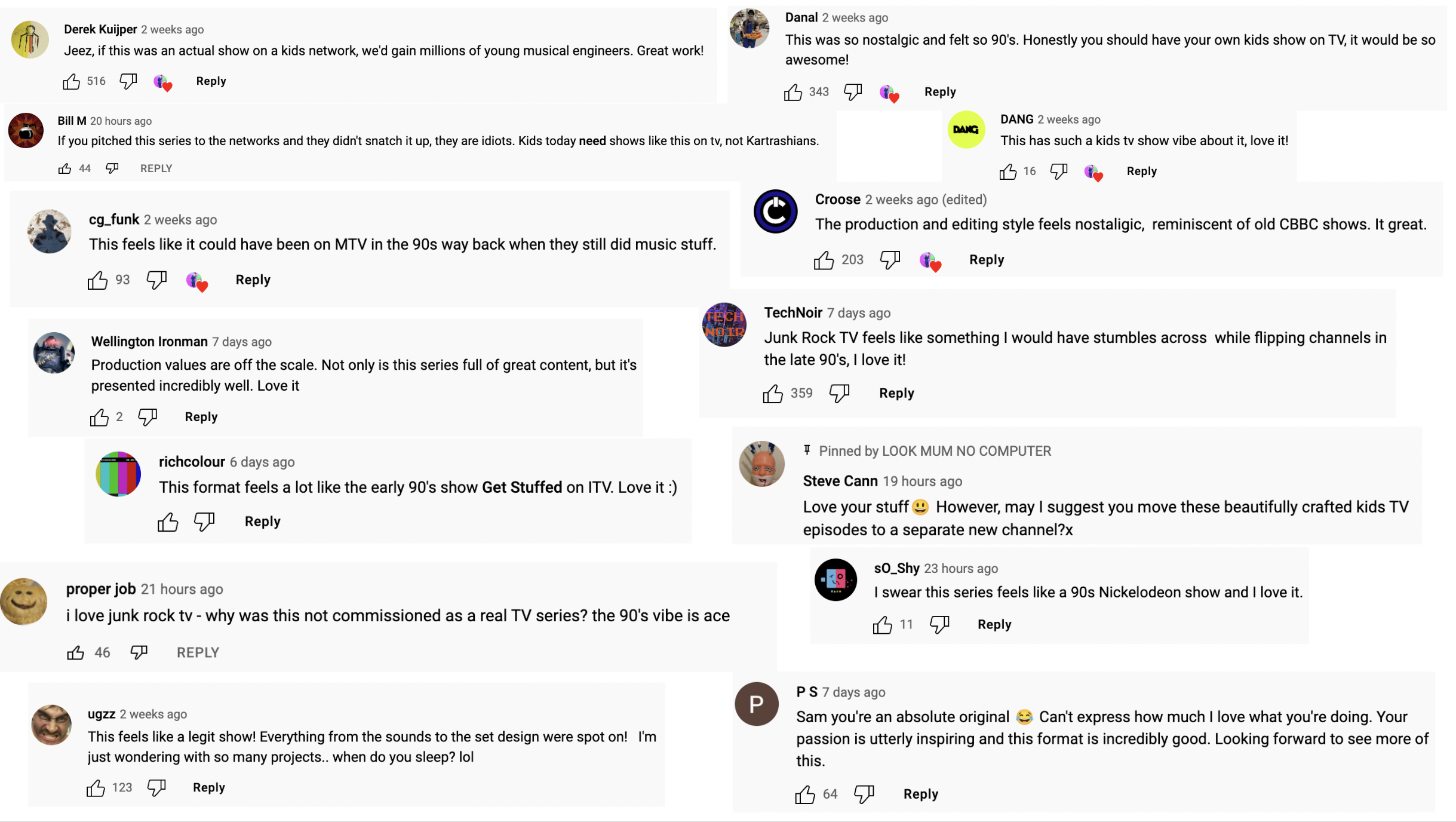 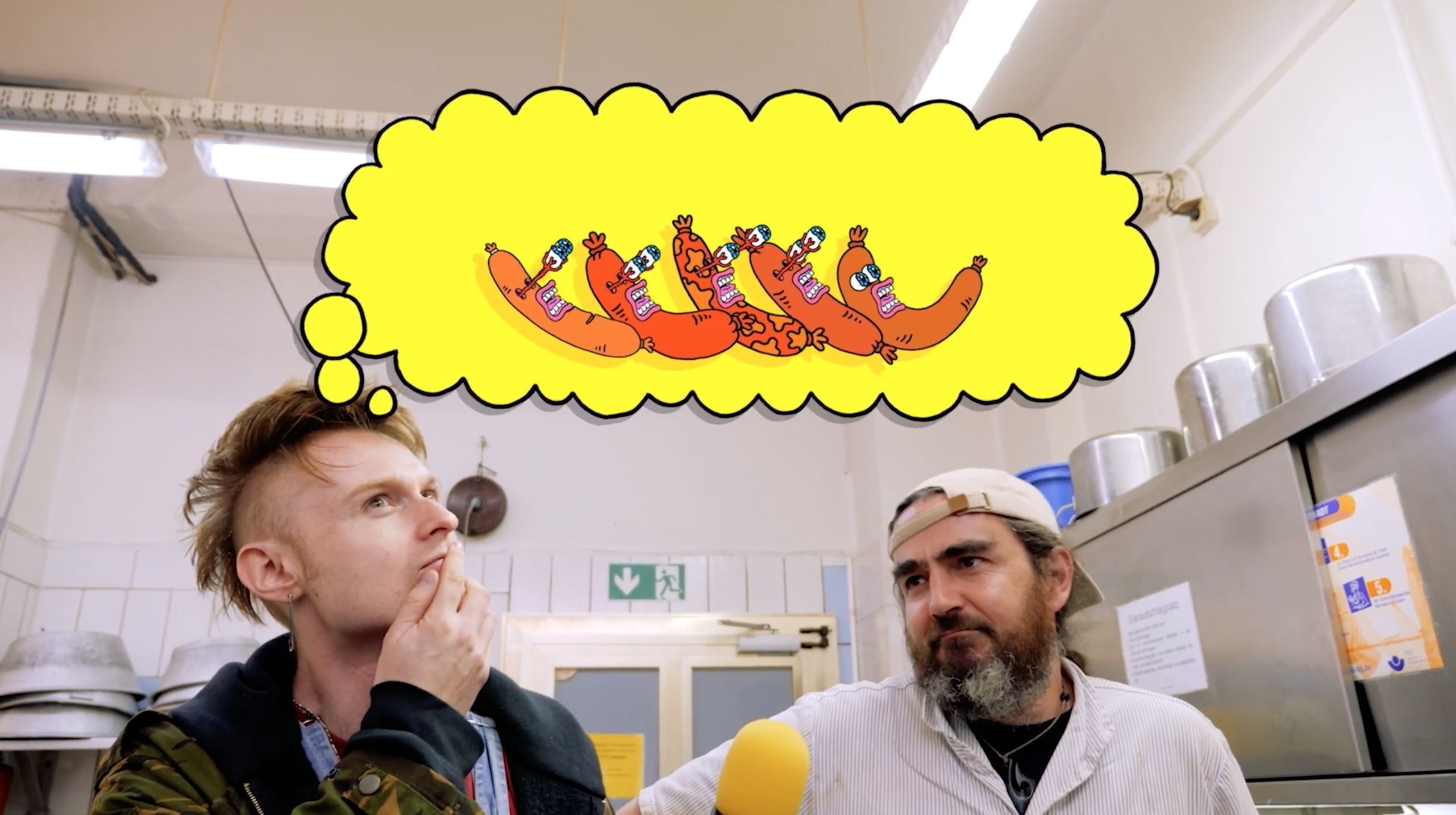 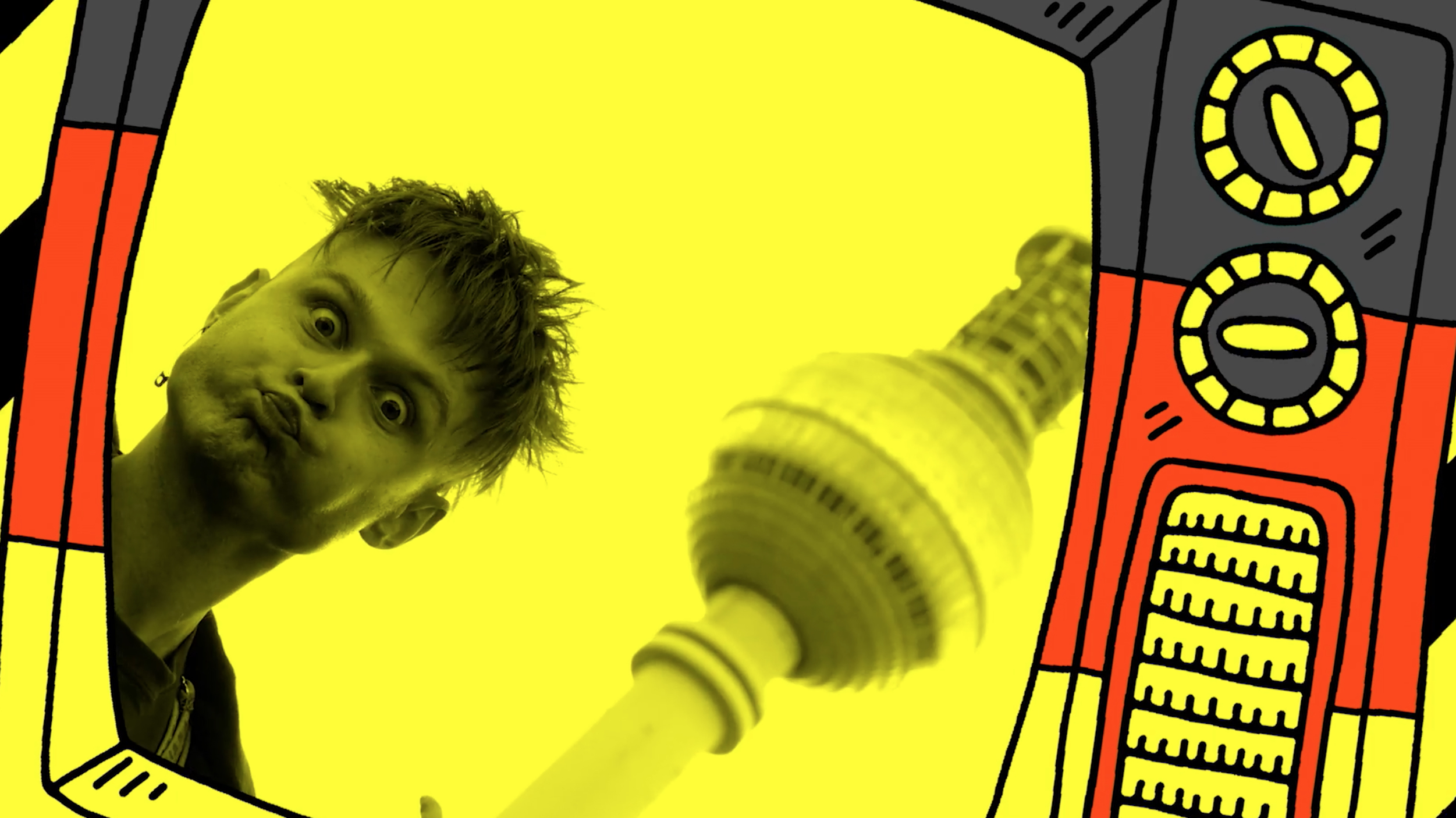 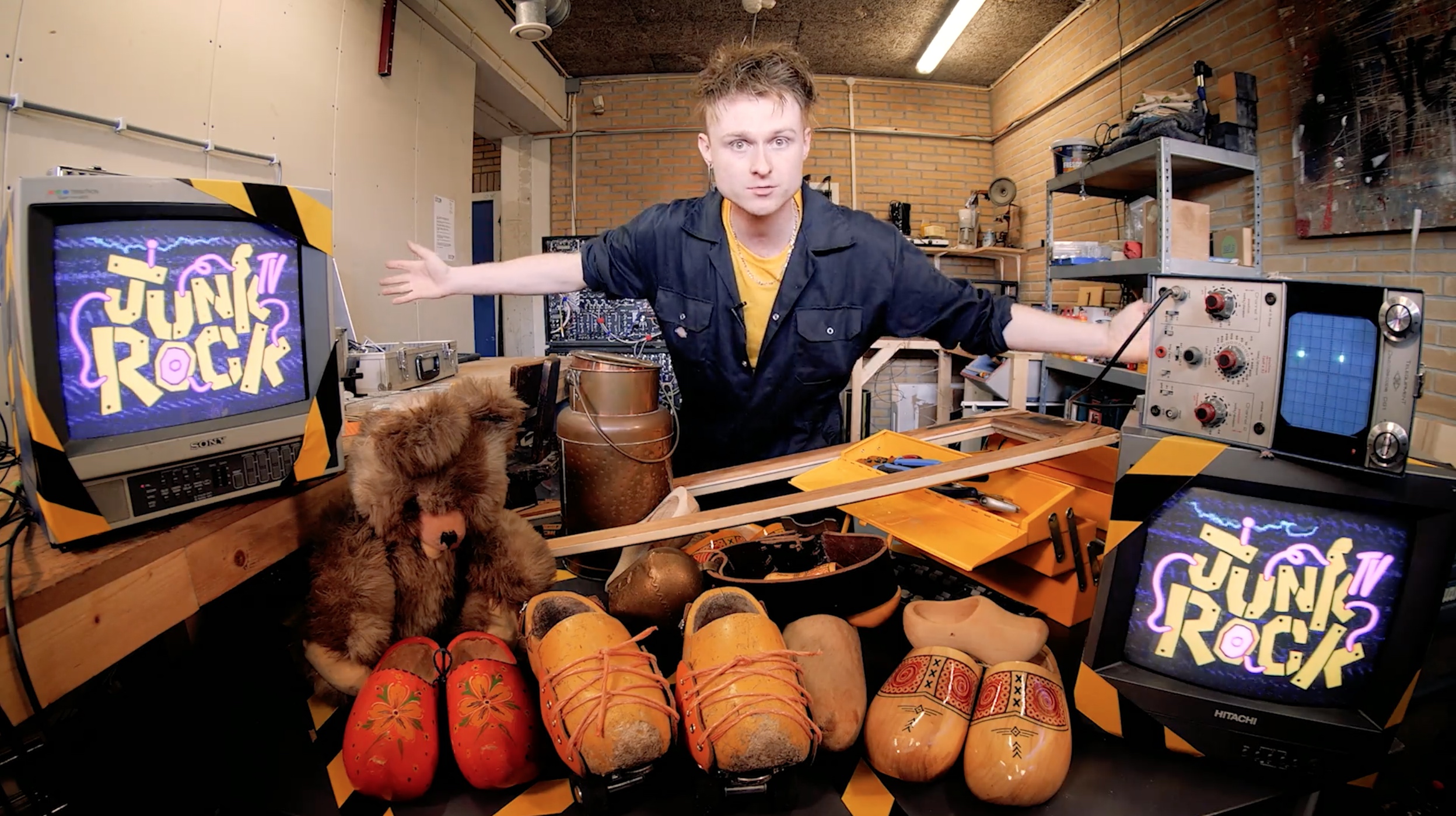 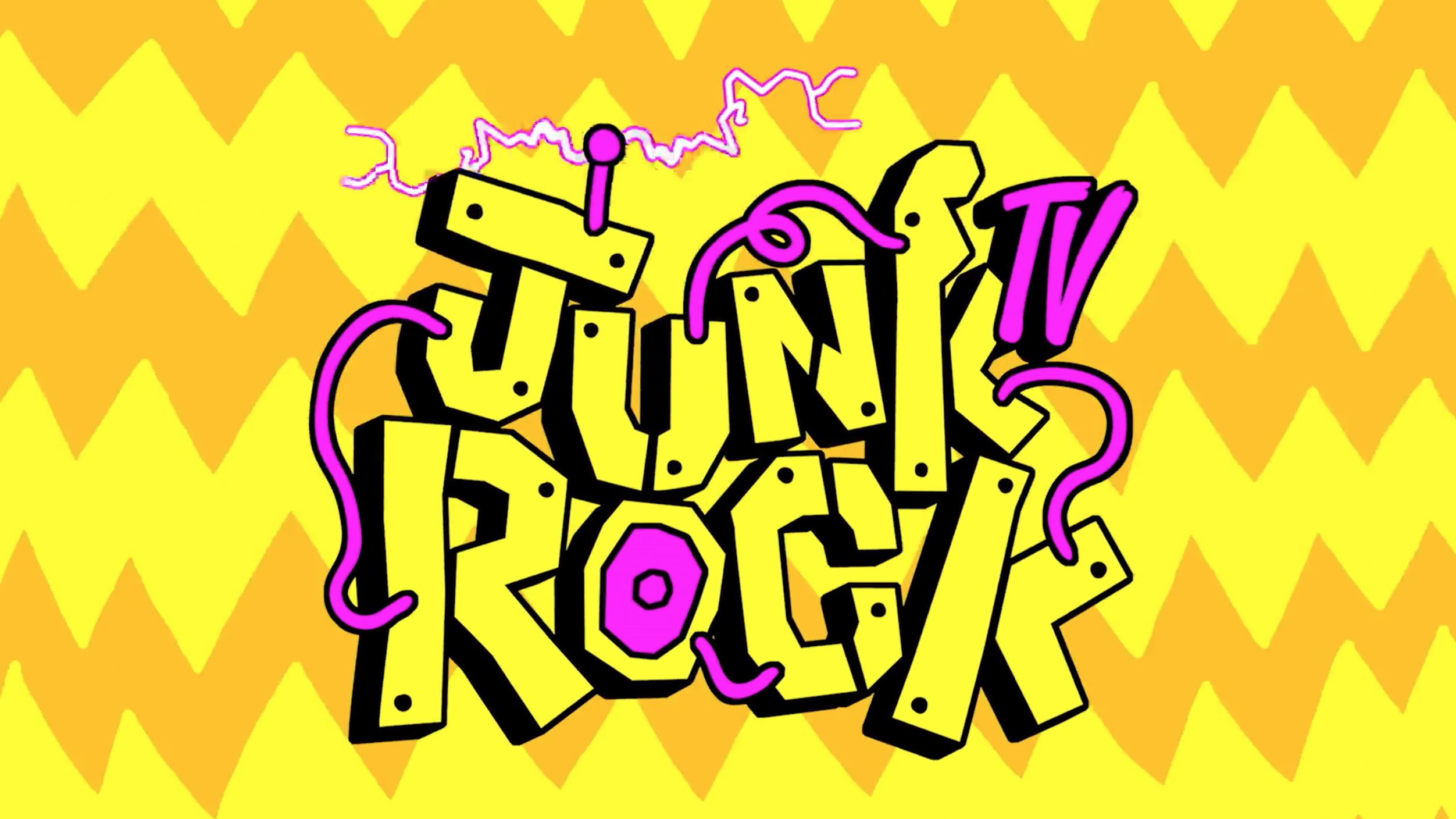 Sara Guastevi at The Museum of Music

Ugo Riboni at MADE Makerspace